Who Are You Completing This Street For? 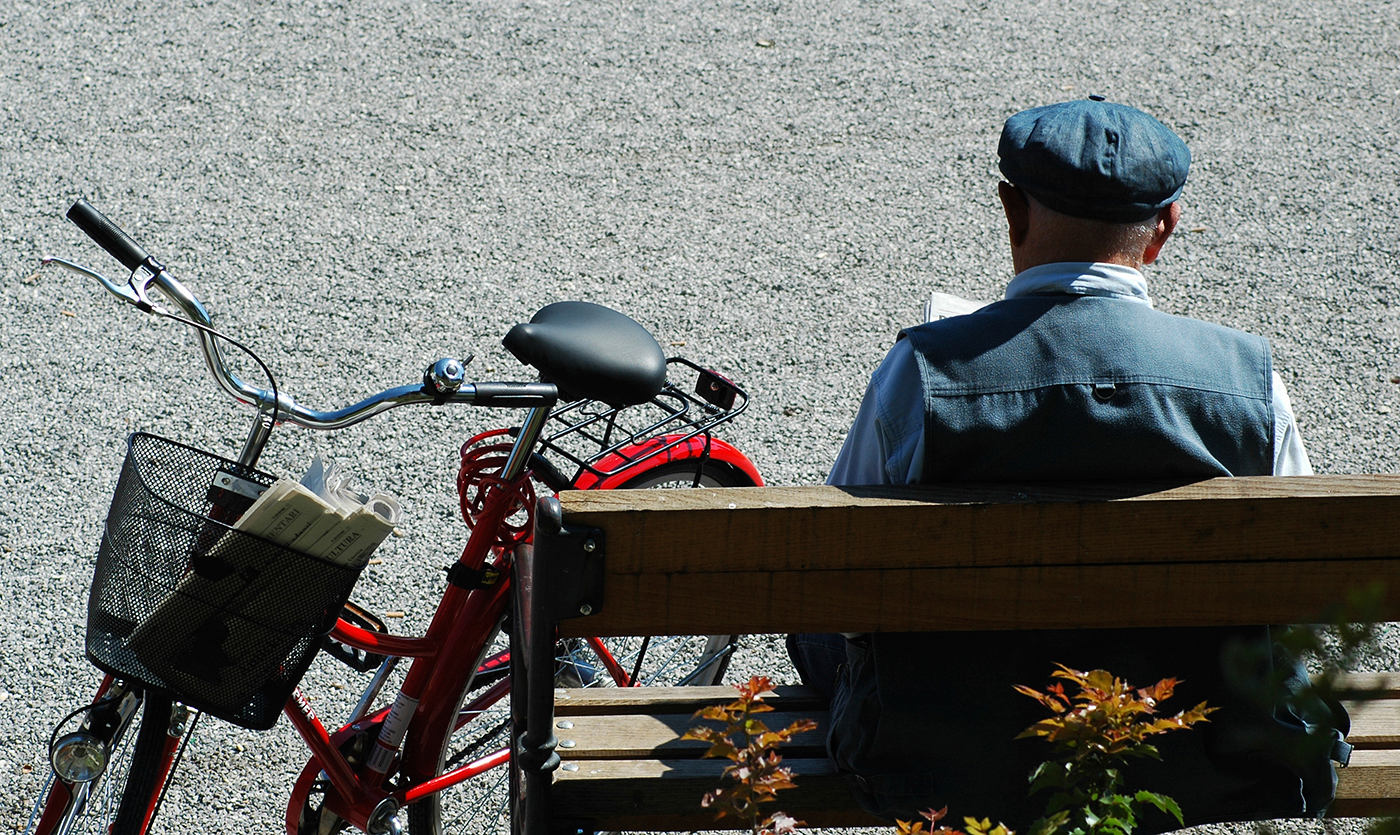 On January 30, 2013 Richard Florida, the creative class guru published a piece on his CityLab blog entitled, ‘More Losers than Winners in America’s New Economic Geography.’ Effectively distancing himself from the way the theory he popularized for a decade has been implemented, Florida wrote that, “on close inspection, talent clustering provides little in the way of trickle-down benefits. Its benefits flow disproportionately to more highly-skilled knowledge, professional and creative workers whose higher wages and salaries are more than sufficient to cover more expensive housing in these locations. While less-skilled service and blue-collar workers also earn more money in knowledge-based metros, those gains disappear once their higher housing costs are taken into account.” In effect, the ‘creative class’ attracting investments municipalities made were now exacerbating urban inequality, and, were not just, “a vicious cycle but an unsustainable one — economically, politically, and morally.” While Florida has expressed his regret, families continue to swell the ranks of that vicious cycle in North America’s major cities.

The income polarization featured in David Hulchanski’s, ‘The Three Cities Within Toronto’ is emblematic of our urban centres. Spurred on by the Smart Growth ideals of walkability and livability, professional and creative workers with larger disposable incomes seeking a ‘sustainable’ lifestyle have moved into the core. Middle income families have been increasingly slipping out of that income bracket and are being displaced to the city’s margins – joining the immigrants and blue collar and service workers who had never been able to afford to live anywhere else. Hulchanski notes that the people moving away from the core and being displaced to Toronto’s suburbs are mostly immigrants, visible minorities and the working poor. Decades of investment into a social safety network of community and civic services in Toronto’s core are now increasingly serving people with higher incomes; underprivileged families no longer live near enough to reach them easily. The people in most need in Toronto largely find themselves living in the car-centric suburbs. Far from reliable transit, well-paying jobs or community services, they resent the increasingly privileged residents of  the core because they largely lack the opportunities to join  them. While changes to suburban land use planning are needed to create healthy, sustainable and safe communities, government policies must ensure lower income residents are supported instead of displaced.

A Matter of Form and Function

An effective suburban transport demand management strategy must recognize that built form and low income travel patterns differ radically from downtown; traditional benchmarks created for uniformly dense settings should not be applied. As Karen Chapple notes in ‘Incomplete Streets, Complete Regions,’ industrial areas and the trucks that service them are usually the first targets of planners and developers seeking to create mixed-use ‘livable’ places. Low skill workers and their families depend on the incomes provided by these production, distribution and repair (PDR) jobs. Since these PDR jobs are geographically dispersed across the region where land is still affordable, low wage workers are usually required to drive in order to hold those jobs. Efforts to create equitable outcomes through an even allocation of road space by mode of transport in the suburbs will instead perpetuate inequities because it assumes that low income people are able to choose how they travel. Reducing road capacity could possibly affect employment in local factories, and make it more difficult for low income workers to use cars to access better employment opportunities. Equitable mobility in the suburbs must provide dignified and timely access to goods and services within the community, while ensuring low income families do not remain excluded from social and economic opportunities across the region.

Don Cherry’s remark about bike-riding ‘pinko’s’ made clear that the act of riding a bicycle has come to be seen in some circles as distinctly political. Across North America, bike users have been separated into two distinct groups – the ‘cyclists’ who ride a bike primarily for leisure, and everyone else who grudgingly  just ‘rides a bike’ because their mobility would be severely restricted without it. Scholars have noted that the terms ‘cycling’ and ‘cyclist’ have come to be socially coded as a sport largely for the affluent, and have become entangled in questions of race, class, gentrification and equity. It’s not hard to envision why suburban and underprivileged residents have come to develop a negative view of ‘cycling’. Certainly, bike ownership for utilitarian purposes is generally unnecessary in downtown Toronto, as it is 15 times more connected by transit than the city average.  Smart Growth planning principles have ensured that goods, services, housing and employment are increasingly clustered within short distances. Yet, most of the city’s tax allocation for bike programming and infrastructure is spent in the downtown core. This is due to the efforts of the city’s ardent cycling advocates, most of whom live downtown, and would be considered part of Florida’s creative class. Just as people see a hammer and instinctively look for nails, suburban residents see a bike with two wheels and no cargo capacity and understand it as a tool that belongs to someone else’s social, economic and cultural reality. However, if the bike could be recast within a system than enabled it to become an indispensable tool of a dignified suburban lifestyle, its speed and range could redefine their sense of community.

View from the Bike

Kids love to bike. In addition to being great for their health, pedaling their first bike gives kids a sense of freedom and responsibility. It also allows them to broaden their sense of community by confidently roaming beyond the immediate confines of their street, which rarely happens in today’s world. As these kids grow into adults though, that sense of pleasure is usually replaced by a sense of futility and shame here in North America. Futility because they realize their simple two-wheeled bike is not capable of providing an efficient, comfortable and dignified way of carrying out their daily business, and shame because they feel that using it for utilitarian reasons instead of a car is a mark of poverty. Such a negative view of a bike is not the norm in parts of Asia, South America or throughout Northern Europe. As Building Equity, PeopleForBikes new idea book proves, providing the right type of bike and accessories for each person’s situation, and making them cost effective, efficient, comfortable and safe to use all year round ensures that people are able to bike from childhood well into their retirement years. In the context of suburban and even suburban form, widespread bike usage would allow for intensification further away from mass transit and community hubs without being inconvenient. Affordable opportunities for low income families to enjoy the fruits of their sustainable community would be unlocked.

When you’re in a car, people say the world speeds by. When you’re walking, people say the world proceeds at a snail’s pace. Forsyth and Krizek assert bike riders also perceive the world differently, because they move faster and at a greater height than those on foot while being uninsulated from their surroundings by a cocoon of metal and glass. Currently, suburban form is dominated by winding roads and large thoroughfares boarded by strip malls surrounded with free parking spaces. In these car centric areas, fine grained design has generally been unimportant as the speed at which you race past in a car inhibits your ability to contemplate the landscape. Creating sustainable suburban communities will require zoning, infill and design changes to make it more enticing to move at a slower pace in the neighborhood. Normally, the ability to implement Smart Growth principles would be hindered by the legacy separation of uses in suburban areas. However, two and three wheeled bike borrowing nodes placed at strategic residential and community hubs would cheaply and effectively allow people of all ages and incomes to be mobile. The neighborhood will effectively feel smaller. These manned nodes would also offer bike trailers, allowing people to choose the bike that best fits their needs at the time – be it ferrying several small children, lugging a toolbox, or getting a week’s groceries home without needing to hang bags on the handlebars. Snow clearing programs will allow the bike routes to be used in all seasons. With a change in perception of the geographic area that is desirable to live in, there will be a business case for further intensification outside of a comfortable walking distance from community and transit hubs. Currently, most buildings are framed in either concrete or steel. Building code revisions across Canada permitting mid-rise wood-frame construction will further strengthen this business case. Open air parking lots will also be replaced with underground parking or parking garages over a much wider geographic area, to accommodate both infill development and the increased demand for protected bike parking spots. Untethered from needing to choose between mobility and everyday basic needs, low income families will be able to afford to live comfortably in their newly desirable neighborhood.

The afternoon of October 29th, 2014, took me though Portland’s Albina neighbourhood on my way to learn about the Community Cycling Centre’s groundbreaking biking equity work. Once known as Portland’s ‘Black Downtown’, Albina was a vibrant walkable, ‘complete’ neighbourhood – until its heart was torn out in the name of ‘urban renewal’ by government officials to make space for a stadium, highways and a hospital in the 1950’s. While the area is now undergoing a renaissance, it is as a result of ‘creative class’ led gentrification. Four years ago, a major row erupted between the city and the area’s residents and businesses when a protected bikeway was proposed on North Williams Avenue. As Sharon Maxwell-Hendricks, a local business owner and resident told CityLab, “We as human beings deserved to have the same right to safer streets years ago. Why wasn’t there any concern about people living here then?” In the end the city agreed to fund public art honouring the rich history of Portland’s black community, resistance petered out, and the project moved ahead. As I waited in the rain for the 24 bus at North East Fremont and North Willams Avenue (in hapless pursuit of my friend riding a bike), I had a chance to observe how the community had changed over those short years. Dozens of businesses which had once proudly lined the street had given way to those serving a ‘creative class’ clientele. The pedestrian crossings were bright, the traffic calm, and ample spaces were being constructed to encourage walking and biking along the street. In planning terms, the street was complete. However, Albina’s former residents were no longer part of the picture, having been forced to move to the city’s affordable edges in the east and south. Sadly, or perhaps thankfully, their new neighbourhoods are still incomplete in planners’ eyes. One day, their new streets will be completed. Their new communities will be considered ‘livable’. Hopefully, on that day, Albina’s dispersed residents will still be able to afford to live on the streets that have been completed just for them.ν

Darnel Harris is the President of Regenesis and the recipient of the 2015 Tom Arnold Scholarship in Parking Industry Advancement. He can be reached at darnel@regenes.is.