Parking Supervisor of the Year Award

The Parking Supervisor of the Year Award has been created for employees who have been serving in a parking and transportation position at the time of nomination, be an active member of a CPA member company in good standing and who has worked for a minimum of two years in the parking industry in a supervisory position.

Parking Supervisor of the Year nominations must include all of the following:

Eligibility:  Open to CPA members from all sectors.

Application Fee:  There is no entry fee.

2022 Parking Supervisor of the Year

As the Operations Manager, Safety, Security and Facilities Maintenance, Pablo manages one of the most comprehensive parking safety & security programs in Canada. Through the utilization of 4 different security companies to provide mobile, static and K9 security to more than 150 parking lots in Vancouver, Pablo ensures that every EasyPark customer has access to a clean and safe facility.

Pablo’s extensive background in physical security, including several years as a K9 handler and supervisor of various operational groups within security operations, has provided the basis for the success of the safety and security programs at EasyPark.

As the only parking provider with a K9 program in Canada, Pablo manages the daily challenges of safety and security in Vancouver, and specifically the Downtown Eastside (DTES) neighbourhood which is one of the city’s oldest – the area is the site of a complex set of social issues including high levels of drug use, homelessness, poverty, crime, mental illness and prostitution.  EasyPark operates 8 key parking facilities (4,291 stalls) in this area.

Pablo’s career in Parking began in 2013, while he was a Control Centre operator with EasyPark’s contract security provider. Pablo was responsible for scheduling guards to patrol EasyPark facilities. His career progression was closely tied to EasyPark – soon Pablo was certified as a K9 handler with his partner Ares and they patrolled the EasyPark lots handling evictions, helping customers, and providing outstanding service to the community. He was then promoted to Supervisor of the EasyPark Security program and then in 2016, he was promoted to the Operations Manager, K9 Security. At that point, Pablo was highly accomplished with multiple awards and recognition for his focus on safety & security within the community. In the Summer of 2017, Pablo accepted a role with EasyPark to oversee the Safety & Security Programs at EasyPark. In 2018, Pablo’s portfolio was expanded to include facilities maintenance.

Since joining EasyPark, Pablo has revamped the Safety & Security Program. Pablo had oversight over the following initiatives:

Pablo works closely with the VPD and CoV daily. His outstanding professionalism in communications and project management has contributed greatly to numerous new site start ups as well as daily operations.

Through his efforts, we have seen success at the new Fraser Street site in Vancouver. This site was an extremely complicated start up due to the local community being very accustomed to free parking for over 30 years. Working closely with CoV as well as the South Hill BIA, Pablo transformed the site through new and improved signage as well as ancillary services work which included landscaping, lighting enhancements along with marketing and promotion initiatives.

Pablo embraces his work and dedication to improve the community by providing his expertise to enhance safety and security to the public. His innovative approach to safety, security and facilities maintenance has helped EasyPark continue to grow and become the parking operator of choice for many landlords, property managers and private owners.

The new age of parking has arrived and the recognition of innovation to an everchanging parking operations is imperative to the continued success of this industry.  We are pleased to nominate Pablo Pascual as the Canadian Parking Association’s Parking Supervisor of the Year.

Chelsea and her team of 9 have changed the way customers think of a parking company. When her team resolves appeals they take an educational approach and use the opportunity to guide customers on parking rules and regulations.

As a key stakeholder in daily operations, Chelsea receives praise from corporate clients as she works hard to ensure their requests are met and they remain satisfied with their parking program.  She has become the subject expert on the parking management system and continues to bring in new ideas that streamline processes for clients and employees.

Chelsea continuously strives to exceed customer expectations, deliver industry leading standards of service and is creative and innovative around customer experience, keeping the needs of the customer first when making decisions. 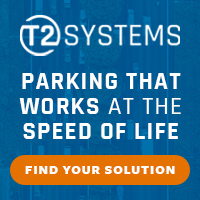 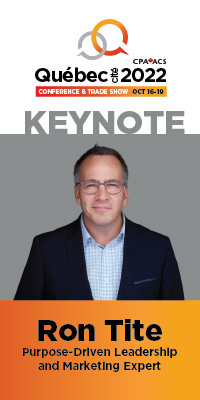