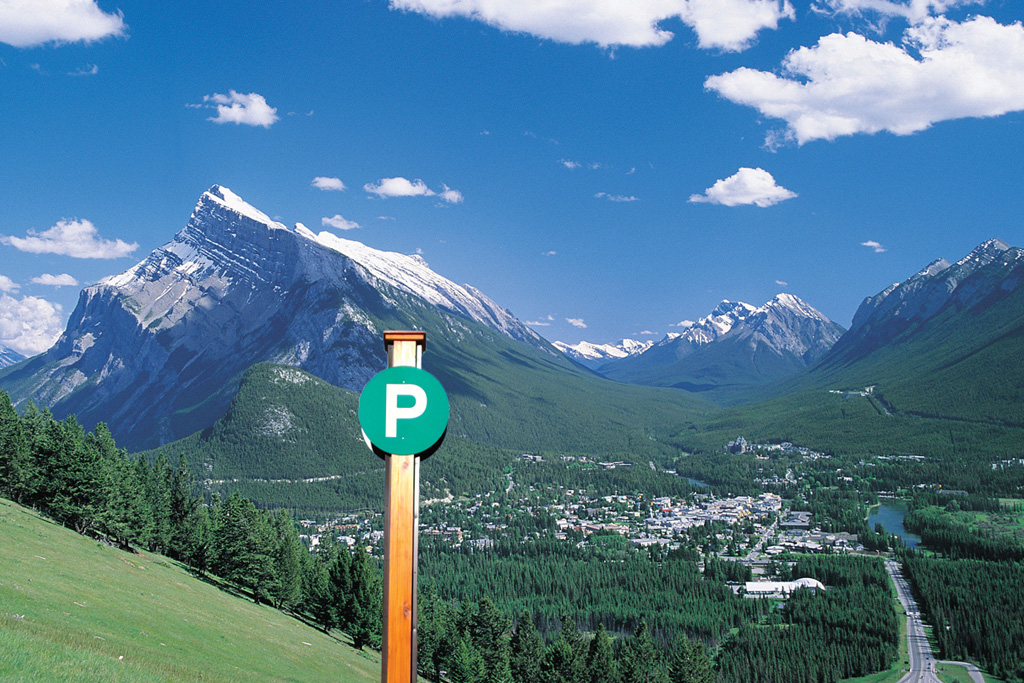 An interview with Shawn Skrine

In advance of this year’s Canadian Parking Association Conference held in Banff, Alberta, Banff’s Shawn Skrine sat down with gtechna, a Montreal-based eCitation and parking software company, for an interview that revealed some interesting points about what exactly makes a city “smart”.

Banff is a resort town located inside a national park, which means it has a small number of permanent residents and a seasonal population that fluctuates widely. Embracing cutting-edge parking technology has allowed Banff to easily accommodate the annual influx of tourist traffic; a great reminder that being a smart city is more about innovation than population!

Can you describe for us what parking is like in Banff?

We have five full time enforcement officers and in the summer, two to three seasonal officers. Our officers use two vehicles and two bikes to patrol roughly 2,000 spaces that we have downtown.

We have several surface lots, one four-story parking structure, and a good deal of street parking. All of our parking is time-limited, but free.

How does Banff’s high volume of tourists affect the parking situation?

To be honest with you, it’s more of the locals that were affected when we started implementing time-limit parking than it was the tourists, because tourists seem to look for signs.

We started time-limiting the parking to change behavior, which seems to have happened. Now after three years, there’s been about a 30% increase in time-limit compliance. The number of tickets issued for time-limit offences has been reduced and downtown parking turnover has improved, which is what we wanted.

What are the rules you use for time-limited parking?

In what other ways do you address congestion issues during the busy tourism season?

The town’s been doing several things in the last few years to help address the congestion. People used to drive around parking lots and up and down the streets looking for a parking spot, but we had an engineer put in a display at the entrance of each lot indicating how many parking spots are available or if it’s full. It’s connected to a magnetic loop that detects vehicles that pull into the lots.

Even though Banff is a smaller town, do you think it qualifies as a smart city?

I guess we are a smart town. We have apps for parking availability, we have apps that tell us when the next bus is coming. A person can go on their smartphone, go to banff.com, go to “Available Parking Spots”, and drive to that place to find the spot.

We also have an engineer on staff who actually adjusts the timing for traffic lights depending on the traffic volume. If traffic is starting to back up, he uses the cameras to see where things are backing up and adjusts the timing of the street lights to hopefully clear traffic congestion quicker.

What role do you see parking is playing in smart cities in the near future?

I see technology continuing to grow and helping us determine where to place intercept lots that allow people to connect with public transit to get where they’re going. That would improve congestion and traffic flow and to keep vehicles off the road.