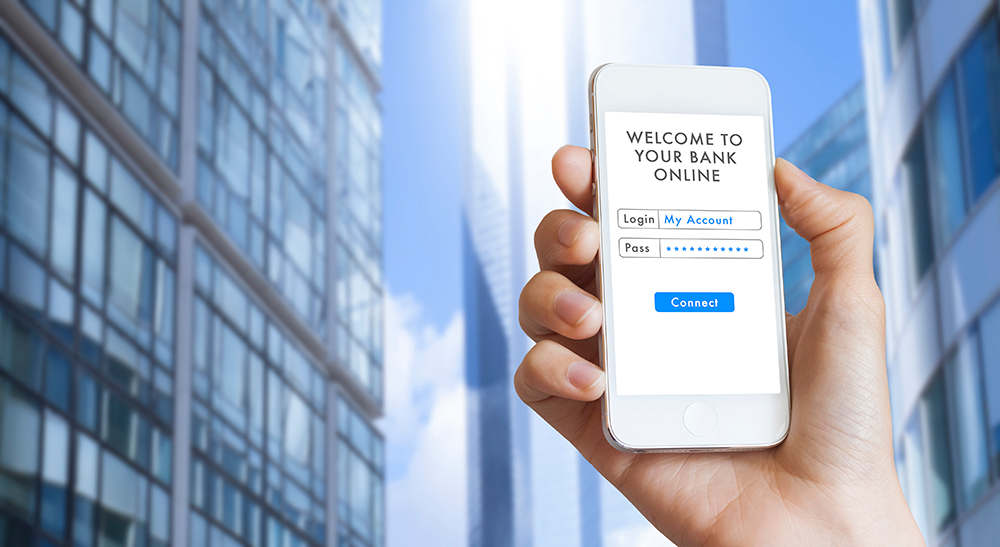 Joe Oliver, Canada’s Finance Minister, announced on April 13 that the Code of Conduct for the Credit and Debit Card Industry in Canada, a set of rules designed to protect merchants and cardholders, has been extended to mobile payments. The move will provide regulatory certainty for Canada’s nascent mobile payments market, particularly given the prospect of Apple Pay coming to Canada this year (http://www.mobilepaymentstoday.com/news/apple-pay-poised-to-debut-in-canada/).

“It’s very early days for mobile payments at the point-of-sale in Canada, but the stakeholders such as the banks and telcos are establishing their positions,” says Christie Christelis, president of Canadian consultancy Technology Strategies International. “There’s very little mobile payments adoption in Canada, as NFC-enabled smartphones aren’t available in sufficient quantities yet. Also, consumers lack awareness about NFC payments at the point-of-sale and need to learn how to load their card credentials onto smartphones.”

However, Christelis says Canadian consumers are enthusiastic about using smartphones for purchases. “They’re already doing a lot of remote mobile payments,” he says. “Also, over the last year or two, I’ve been seeing a lot more contactless credit card payments in stores. Many Canadian POS terminals are already NFC-enabled on the back of the country’s EMV migration.”

A bottleneck to Canadian contactless card and mobile payments adoption is the fact that, while many Canadian credit cards contain contactless chips, there are still few contactless debit cards in issue. This is a problem, as Canada is a large debit card market, Christelis says.

The Code was introduced in 2010 to promote merchant choice, fee transparency and disclosure, and fairness in the Canadian credit and debit card market (http://www.fin.gc.ca/afc/faq/coc-cdc-eng.asp). It stipulates that merchants accepting credit card payments from a card network aren’t required to accept debit card payments from the same network, and vice versa.

Merchants are also allowed to provide discounts for different methods of payment – for example, cash, debit card and credit card – as well as different levels of discounts among different card networks.

All the Code’s terms, including a new requirement that acquirers pass on Visa and MasterCard’s November 2014 credit card interchange reductions to merchants (http://www.fin.gc.ca/n15/data/15-040_1-eng.asp), now apply to mobile payments. For example, merchants accepting credit card credentials from a particular network via consumers’ mobile wallets or mobile devices, can’t be forced to accept debit card mobile credentials from that network and vice versa.

“There’s nothing earth-shattering in the new Code,” says Christelis. “It gives merchants the right to steer customers away from higher-cost payment cards for plastic card-based and mobile transactions.”

“With contactless cards already in market and smartphone payments the wave of the future, the modernization of the Code is vital and something we’ve been pursuing on behalf of Canadian retailers,” Diane Brisebois, the Retail Council of Canada’s president, said in a statement.

Consumers will have full control over their mobile wallets’ default settings so they are free to choose which debit or credit card payment apps to use, the Code says. “All representations of payment apps in a mobile wallet or mobile device, and the payment card network brands associated with them, must be clearly identifiable and equally prominent,” it says.

The Code says card networks will not have the right to force merchants to accept contactless payments or to upgrade their POS terminals to accept contactless payments. Merchants have three choices under the enhanced Code, the Retail Council of Canada says (http://www.retailcouncil.org/enhanced-credit-and-debit-card-code-released-empowering-merchants-and-consumers-with-greater-choice#four):

Under the enhanced Code, mobile payments and contactless card-based payments are priced the same, so merchants cannot choose between different types of contactless payments.

“If mobile payments do become more expensive than other forms of contactless, you will be able to de-select mobile while maintaining in place all other provisions of your existing contract,” the Retail Council of Canada says. “These provisions could prove to be of real importance if major handset device and software manufacturers and telecoms companies seek to enter the payments industry. They will be additional “mouths to feed” (i.e. incremental costs), but the enhanced Code prevents these additional costs being passed on to merchants without their agreement.”

Dan Kelly, president of the Canadian Federation of Independent Business, told the Canadian Press (http://www.cbc.ca/news/business/code-of-conduct-for-credit-cards-updated-to-include-mobile-payment-1.3030588) the enhanced Code will give merchants ammunition in the battle against new mobile fees. “Our fear was there will be a big fee-apalooza when mobile payments go mainstream,” Kelly told the news agency. “The new rules make that less likely.”

The major Canadian card networks, acquirers and issuers are signatories to the existing Code, compliance with which is monitored by the Financial Consumer Agency of Canada, an independent watchdog established by the government in 2001 (http://www.fcac-acfc.gc.ca/eng/about/Pages/home-accueil.aspx). They will be invited to sign the enhanced Code along with new entrants to the Canadian payments market, the Department of Finance says.

“The card networks, issuers and acquirers will have 30 days from the date of the (enhanced) Code’s release to publicly re-commit to the Code,” the Department says. “Most elements of the Code will come into force within nine months of the date on which the networks adopt the Code. Some elements, such as the measures to facilitate the pass-through of interchange rate reductions to merchants and the new rights for merchants regarding acceptance of contactless payments, will take effect immediately (i.e. on April 13).”

According to the Wall Street Journal (http://blogs.wsj.com/canadarealtime/2015/04/17/canadian-lenders-fret-about-apple-pay/), Apple is negotiating with Canada’s top banks to launch Apple Pay in Canada later this year.

“The significance of Apple Pay is that at last banks will be able to develop m-payment strategies for all the mobile platforms, including iOS,” says Christelis. “Customers want their bank’s mobile wallet to work on any mobile operating system and on any mobile operator’s devices.”

“Enabling mobile payments for RBC clients remains a priority,” an RBC spokesperson said in a statement. “We constantly look for ways to give our clients the choice and flexibility to manage their finances and payments and are committed to bringing innovations like Apple Pay that offer them new levels of convenience and security. We don’t comment on rumors or speculation on behalf of third parties. At this time, Apple Pay is available in the U.S. only. Apple hasn’t yet announced Apple Pay plans for Canada.”

The main obstacle to a deal involves the fees Apple collects on each Apple Pay transaction, the Journal said. The payments industry estimates Apple collects 15 basis point of each Apple Pay credit card transaction and half-a-cent for debit. The Journal reported that Canadian banks are not keen on that idea because, following Visa and MasterCard’s November 2014 Canadian interchange fee reductions, they are making less on credit card transactions.

“I can imagine the banks want to reduce their Apple Pay costs as much as possible, and the consortium approach may give them a little bit of leverage,” says Christelis. “But this is Apple we’re talking about. The banks will have to trade off the ability to offer their Apple-owning customers a mobile payment option versus fees. My guess is that you may find a bank or two holding out for a while, but it is likely to be temporary.”

Christelis says Apple Pay authentication is the banks’ responsibility, not Apple’s. “I find it interesting that Apple Pay is being labeled as having a security issue, when it’s in fact fraudsters’ ability to steal credit card information and then use it on Apple phones that allows security to be breached,” he says. “The problem lies with the banks, not Apple Pay, since they do the authentication of the cards they issue. The challenge for the banks is getting their own authentication systems up to scratch for a mobile environment without making it too painful or clunky for consumers.”

The big Canadian banks such as RBC, CIBC and TD have announced mobile payment apps that work on smartphones connected to the main Canadian telcos’ handsets.

In May 2014, TD launched the TD Mobile Payment app which is available for NFC-enabled Android and Blackberry devices on the Bell Mobility, Rogers, and Telus mobile networks.

CIBC was the first Canadian bank to launch a mobile payments app in 2012, in partnership with Rogers (http://www.mobilepaymentstoday.com/news/canada-joins-the-mobile-payment-world/), and now also offers mobile wallets for Telus and Bell smartphones.

In January 2014, RBC launched its RBC Secure Cloud mobile wallet which stores customers’ RBC credit and debit card credentials in the cloud, not on a mobile device (http://www.rbcroyalbank.com/mobile/wallet/). RBC Secure Cloud is available for RBC mobile banking app users on Android devices and Blackberry devices connected to the Bell and Virgin Mobile networks, and is a hybrid solution, involving both the cloud and a SIM card secure element.

In December 2014, RBC added an HCE capability to its RBC mobile banking app, leveraging its Secure Cloud technology to allow customers to pay with any Android smartphone running KitKat 4.4 and higher without worrying about being on the right mobile network or having the right SIM card (http://www.mobilepaymentstoday.com/news/royal-bank-of-canada-adds-hce-to-mobile-banking-app/).

“RBC has always been committed to giving our customers choice to manage their finances and payments,” the spokesperson says. “That won’t change with emerging technologies. It will only increase the number of options we can provide.”

Both TD and RBC have been conducting trials of wearable payment devices. “In TD Labs, we’re exploring emerging technology to develop banking solutions in areas such as wearables and personal financial management,” Bharat Masrani, TD’s group president and CEO, told the bank’s AGM in March 2015.

In November 2014, RBC teamed up with Nymi (https://www.nymi.com/) to test the Toronto-based start-up’s Nymi Band, a wearable device which authenticates users by their unique heartbeat (http://www.mobilepaymentstoday.com/news/uk-bank-hopes-to-get-to-the-heart-of-secure-authentication/), in place of a MasterCard credit card for point-of-sale payments. RBC has also developed its own RBC Payband and RBC Paytag wearable payment devices, which it describes as “proofs of concept.” The RBC wearable devices are controlled by a smartphone using Bluetooth.