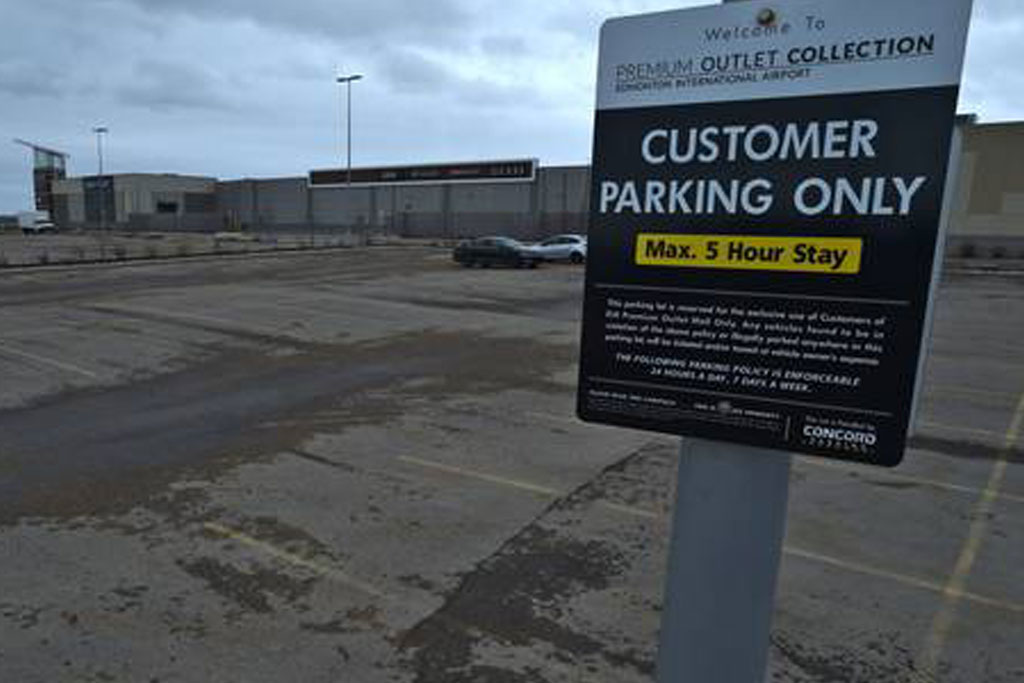 A few weeks ago, Edmonton’s council voted to remove all minimum parking requirements from real-estate developments in the city, which becomes the first in Canada to do this. Builders will, once the relevant bylaws are squared away, be free to use their own judgment in allocating parking to housing units and offices. If they choose, they can have none of it.

This was possible partly because Edmonton’s old parking requirements were absurdly grandiose. (Among its other distinctions, the city, thanks to its flagship shopping mall, is home to the world’s largest parking lot.) But it is also a triumph, in a most unexpected place, for a little band of intellectual guerrillas sometimes called the Shoupistas. They are the followers of Donald Shoup, an 81-year-old UCLA economist and urban planner who is considered the Sir Isaac Newton of parking.

Parking — boring topic, ain’t it? Shoup latched onto it as a young-ish man because he was a follower of Henry George (1839-1897), the intriguing “single tax” economic theorist of the 19th century. George favoured a tax on the unimproved value of land parcels as a way of socializing pure rent (the value earned from occupying a mere location) and encouraging development. It is a concept that many economists still like, although it is potentially difficult to apply at scale. The widely used concept of tax increment financing is one example of Georgism in practice.

Shoup started out trying to fit parking spaces into the Georgist picture, but the boring topic was so underexamined that he found himself having to build a general theory of parking. He quantified the relationship between parking and traffic, finding that people “cruising” for parking spots were more destructive than anyone had imagined, and he inspired waves of research into the hidden market values of parking spots, which are rarely bought or sold in their own right. He happily describes himself as an “ academic bottom-feeder ” who found a wonderful, rich ecological niche down there in the depths.

Shoup has spent decades travelling the world and preaching against the concept of free parking, often meeting with bad-tempered resistance. Nevertheless, he has made a lot of headway in the world of urban planning. Any economist can see immediately how bundling a “free” parking space with an apartment or a job might be inefficient. The renter or homeowner has to pay a hidden extra cost for an amenity he might not choose to use, and the commuter is being given an incentive to drive to work — an incentive whose cash value he might prefer to keep. Shoup soon found, on empirical investigation, that most urban parking lots show signs of less-than-optimum use.

He eventually persuaded California to pass a “ cash-out law ” requiring some businesses in the state to make employees a cash offer to give up their parking spots. The cash is taxable, and the parking, considered as an employee benefit, is not; but the law does provide incentives for carpooling or bike commuting, and it forces those businesses to make a proper accounting of the value of their parking lots. If they prefer to have more parking spaces for customers, they can offer a higher cash-out to the employees. If they lease their parking spaces, as many small businesses do, they can throw money at employees right up to what they are paying for each leased space. (The U.S. tax code had to be updated to make this possible at all.)

Shoup’s Georgist notion is that all public parking spaces should be metered, ideally from hour-to-hour or minute-to-minute, with the money being used in the neighbourhood where it was generated. But the most obvious thing cities can do to reduce the harmful effects of free parking — a subsidy not even for car owners, who pay for their parking spaces one way or another, but more or less just for cars — is to simply stop requiring everyone to build a certain arbitrary amount of it. Municipal parking minimums rarely have any serious theoretical basis. Most were adopted in the 1960s and early 1970s, before the Seventies energy crisis redefined North Americans’ relationship to the automobile.

This proved to be true of Edmonton’s parking minimums when the city administration was first exposed to the Shoupista bug about a decade ago. The original rationale for having any parking minimums at all could not be reconstructed, but the guidelines had still grown zany Hydra-heads. There was a formula specifically for curling clubs, for example, based on how many sheets they operated.

Between 1964 (when minimums were introduced) and about 1990, the city knocked down quite a lot of attractive and adaptable old buildings in order to make room for tarmac lakes and grey parkades. (This is Alberta’s useful local term for what are awkwardly called “parking garages” elsewhere.) But the various formulae were never updated in parts of the city that were acquiring public-transit connections or otherwise changing in character. No one had so much as thought of updating them: they had enjoyed the status of divine revelation.

In 2020, Edmonton, which will remain one of the planet’s most car-dependent cities for the foreseeable future, is trying to encourage “infill” construction of smaller homes on high-value land; to get commuters to consider transit; and to incentivize the construction of affordable medium-density housing for families. Parking minimums, which had been tied to the number of bedrooms in a residential structure, were obstructing all of this. And our 21st-century “power centres” for shopping, which are supposed to be walkable and welcoming, end up as plainly inhuman — equally unpleasant and sterile in summer and winter.

Of course, too little parking is as much of an efficiency problem as too much, which is why Shoup and his followers want parking to be priced wherever possible: if more is really needed, let a market create it. (To my eyes he has at least as much Hayek in him as Henry George.) In the era of Uber and smartphones, it is a lot easier to imagine a fully Shoupista world in which prices for parking spots update in real time and drivers look up prices at or near their destination before setting out.