Parking in the driverless era 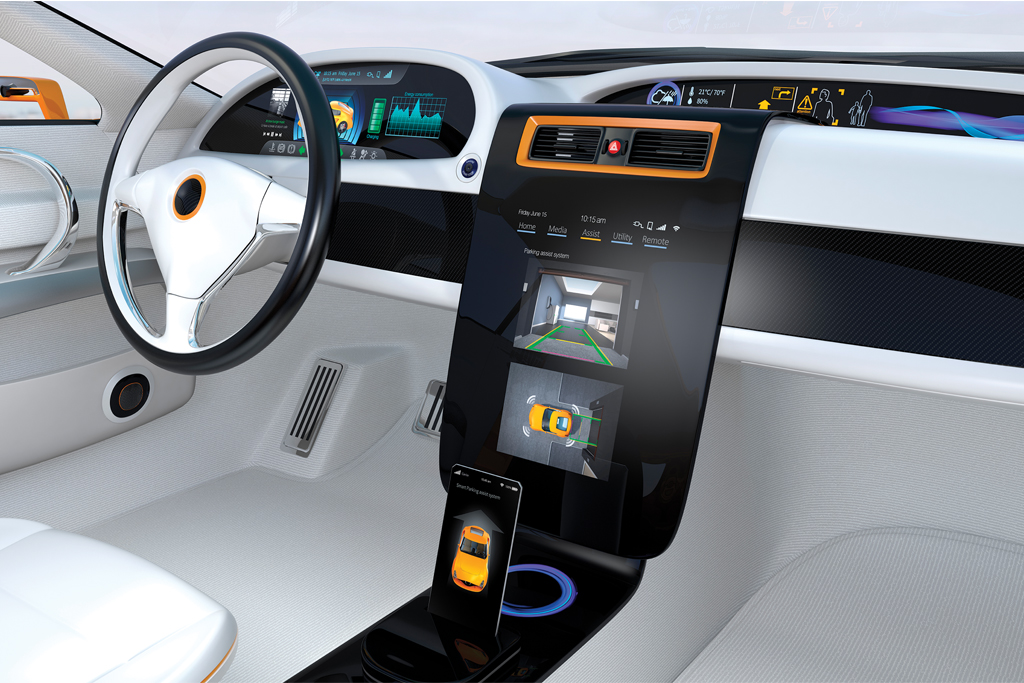 We are on the brink of a revolution, a revolution that will profoundly affect society, change the way cities look and function and fundamentally transform how people and goods move.

It’s been dubbed the “driverless revolution” and it will be brought about by the advent of autonomous vehicles (AV), cars that drive themselves with little or no human intervention. In addition to their effect on modes of transport, AVs are poised to disrupt many industries: transit, insurance, all industries that currently need drivers, driving support services, and the technology sector — large industries that will have to shift their strategies in the wake of driverless cars.

One major disruption could be on parking. Among other innovations, the revolution will bring, we will see AV fleets moving continuously between the various places they are needed, rendering the need for close and convenient parking spaces much less necessary.

As Alain L. Kornhauser of Princeton University told the online magazine Curbed, “Having parking wedded or close to where people spend time, that’s going to be a thing of the past. If I go to a football game, my car doesn’t need to stay with me. If I’m at the office, it doesn’t need to be there. The current shopping centre with the sea of parking around it, that’s dead.”1

How soon will that revolution begin? A number of car manufacturers predict that AVs will be launched about 2020, with many suppliers focusing first on driverless taxis.  RethinkX, a think tank on technology-driven disruption, believes that by 2030 “95% of U.S. passenger miles traveled will be served by autonomous electric vehicles.” 2 Others foresee a clear majority of urbanites not even needing to own cars by 2040, because they’ll subscribe to some form of on-demand self-driving car service.3 McKinsey & Company believe that once technological and regulatory issues have been resolved, by 2040 up to 85 percent of new cars sold could be fully autonomous.4

A joint report by the Conference Board of Canada and the Canadian Automated Vehicles Centre of Excellence (CAVCOE) states that AVs are already here in some way and will rule the roads much sooner than most people expect.5

Carmakers are investing big on the promises of the driverless revolution and so are the tech giants that rule the internet today.  Google has been working on self-driving technology since 20096. Its AV fleet has already logged over two million miles, much of it done on roads. Recently, Tim Cook said that Apple was plowing resources into developing technology to control driverless vehicles and did not rule out building its own car at some point7. Amazon is said to be exploring ways to use self-driving vehicles to deliver packages8. Even Facebook stirred some speculations when the company registered the domain names Facebook.auto and Facebook.car.9

Ford, GM, Audi, BMW, Volvo, and, of course, Tesla, are among the big car companies making massive investments on what is considered a race for the future of transportation10. Last June, General Motors announced that it had completed production of 130 Chevrolet Bolt EV test vehicles equipped with its next generation of self-driving technology. The vehicles will join the more than 50 current-generation self-driving Bolt EVs already deployed in testing fleets in San Francisco; Scottsdale, Arizona; and metro Detroit11.

The driverless society: utopia or dystopia?

A 2015 report by the Conference Board of Canada and CAVCOE lists the advantages of the driverless society. The most significant, they state, is safety: “By removing the driver from behind the wheel, AVs are expected to eliminate most of the 93 per cent of collisions that currently involve human error.”12 Another significant advantage: AVs will promote fluid traffic, which in turn should, if not make congestion a thing of the past, at least reduce it considerably and lessen its environmental impact.

All scenarios of the driverless future are not so rosy. One thing that worries many people is job displacement. Also, urbanists and transportation experts hope that  AVs will not become  a single-occupancy vehicle, which – because the convenience of not having to drive would compel people to travel more – and would result in more traffic and more urban sprawl.

Whichever scenario of a driverless society comes about (a good bet would be a blend of utopian and dystopian visions – with a dash of unforeseen changes in the mix), one element remains constant: the need for parking spaces will be greatly reduced. Users won’t need to park their vehicles at their destination: an AV can relocate itself to an area of free parking or use a “return-to-home” mode. Furthermore, if public policies help foster lower-cost, personalized mass transit, users will be able to call a self-driving taxi, which will pick them up; take them to their office, home, or wherever they are going; drop them off at the front door; and then continue on to other customers.13

Experts agree: autonomous cars will change parking as we know it. No more losing one’s car in multilevel parking garages, circling the block looking for a parking space or waiting for dawdling drivers to find one. As a result, the infrastructure required to house vehicles within a town or city will be radically altered.

Tesla’s vehicles are already equipped with “Summon”, a self-parking ability which has the car drive out of a parking space or garage by itself. With cars parking themselves, humans won’t have to exit, and cars will be able to fit into narrower berths that may eventually shrink from a traditional 9.0-foot width to perhaps 7.0- or even
6.5 feet wide.14 Automaker Audi has estimated that a 26% reduction in needed space can be realized with autonomous cars sharing
the garage with human-driven vehicles. In a garage reserved exclusively for self-parking cars, the result would be 62% reduction in space needed.15

Coupled with a wide adoption of autonomous transport services, the advent of AVs could reduce the overall demand for parking in the U.S. by 5.7 billion square meters (61 billion square feet) by 2035, estimates Amy Korte of the Boston-based architectural
firm Arrowstreet.16

Planning for the revolution

AvalonBay Communities Inc., one of the United States’ biggest apartment developers, is working on plans for a grand residential complex in downtown Los Angeles where a two-floor underground parking garage serving 1,000 cars is included.

But this garage is being designed with level rather than inclined floors common to many garages so it could someday be converted into
shops, a gym and a theater. In short, it’s designed to eventually serve other uses.17

Should future parking infrastructure be designed to adapt to a shrinking need for car spaces? It could, for instance, be able to handle parking while also serving as a venue for multifunctional events and be integrated into the overall transportation scheme of a neighborhood, with parking facilities, connection to a transit stop, retail stores, bike and car sharing, private bike parking.

Have urban development organizations considered the impacts that AVs will have on their infrastructure, tax structure, real estate industries and revenues? AVs will affect urban governance, if only because falling parking fees and fines could take a big bite out of public budgets. Furthermore, major infrastructure projects being built now will last for 30 to 50 years or more. The Conference Board of Canada and CAVCOE recommends that all transit and transportation-related infrastructure projects include a detailed AV impact assessment study. This is admittedly difficult because AVs are an emerging technology and the regulations, standards, codes or guidelines are a work in progress, Nevertheless, we need planning based on the best estimate of the future. Plans based on 20th Century principles and data will be fundamentally flawed.

The driverless revolution is upon us, its consequences still a big unknown. While a majority of experts agree that it should result in a decrease for the need for parking, others argue that it could produce the opposite.18 One thing is sure: as long as humans need to move around, there will be vehicles to take them, and those vehicles will need a place to stop once in a while. ν

In the next issue, we will discuss how transport experts, urban planners and the parking industry perceive and prepare for the driverless future.