Are We There Yet? Preparing For The Autonomous Vehicle Revolution 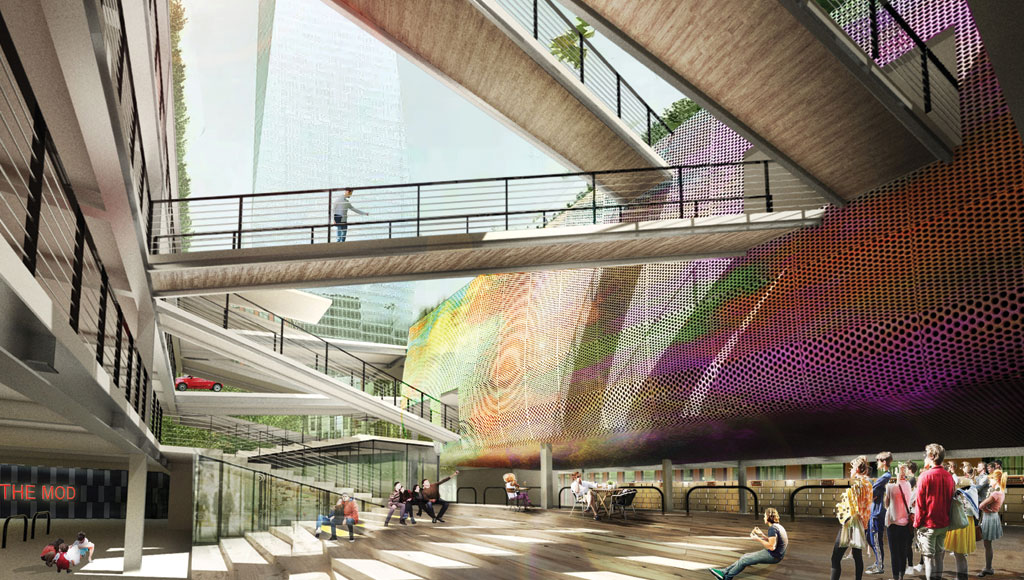 A decade from now, many of us could be commuting to work in cars that drive themselves. For some, this sounds like science fiction; others can’t imagine willingly handing over the wheel to a computer. Nonetheless, driverless cars are almost certainly coming to a road near you, and they are likely to transform how we work and live in more ways than we can predict.

Driverless cars—also called autonomous cars or self-driving cars—are unmanned vehicles capable of sensing their environments and navigating without any human input. Early versions of these cars already exist and they are becoming more reliable and sophisticated every day. Commercial building owners and managers need to start thinking about how the autonomous vehicle revolution will affect their properties—from the loss of parking revenue to new development opportunities to the potential increase in tenant amenities.

Cities already are starting to see significant shifts in commuter behavior with the rise of ride-sharing services, such as Uber and Lyft. More and more young people are entering the workforce without owning a car—or even having a driver’s license. J.F. Finn, III, AIA, principal and studio director for architecture and design firm Gensler, believes these behaviors will accelerate the rise in self-driving vehicles. “My nephews and nieces have no interest in car ownership—it doesn’t represent freedom and autonomy the way it has to previous generations,” Finn explains. “Many people are getting around just fine these days without the costs and inconveniences of owning their own car.”

Gensler’s research team predicts that, by 2021, ride-sharing services will become the dominant form of transportation, at least in urban centers. He calls this the “tipping point” where large numbers of autonomous vehicles become realistic. While today’s autonomous cars still require some human oversight, there is widespread optimism that fully autonomous cars will be achieved in the near future. This will clear the way for these “transportation as a service,” or TAAS, companies to begin changing over their fleets to driverless cars to save costs and increase client safety. By 2030, Finn says, driverless cars will become about as common as electric cars were a few years ago and, by 2045, it will be more unusual to see someone driving their own car than being driven by a computer. As the pace of technology adoption speeds up, these estimates may be conservative; or, if regulatory or technological hurdles arise, the rate of change may be much slower.

Exactly how the roadways of 2045 will look depends on a large number of factors that are hard to predict. “Public policy is going to play a major role in how autonomous vehicles are rolled out,” says Finn. Just as Paris is considering banning all combustion engines by 2030, some cities may adopt policies that encourage—or discourage—the use of driverless cars. There are, after all, some potential downsides to the change, from increased urban sprawl to cybersecurity concerns. And, as Jamie Mahoney, research analyst for Transwestern, points out, each city will have its own challenges. “You couldn’t just drop a fleet of autonomous vehicles onto the streets of San Francisco today, for example,” he says. “Each city will need to commit to creating policies and funding development projects to support driverless cars, or they won’t see the full benefits.”

And, these benefits may be substantial. Artificial intelligence has the potential to eliminate human error, preventing tens of thousands of fatal car crashes each year. Impaired driving could disappear. With increased safety comes reduced cost, lowering insurance fees for vehicle users. Commuting time could be used productively, potentially shortening work days and increasing employee morale. “Once you no longer need a human driver, the entire design of a car can change,” notes Finn. “Vehicles could become mobile offices or social spaces.”

Perhaps most notably, driverless cars would open up millions of square feet of space. Currently, cars are parked 95 percent of the time, but shared autonomous vehicles—perhaps operated by Uber or Lyft—could be in near-continuous use. The need for parking would be dramatically reduced—as would the number of cars needed overall. This, in turn, would open up space currently dedicated to parking. Parking garage structures could be converted to another use, and parking lots could be developed or become green space. And, because vehicles controlled by artificial intelligence are likely to create much more efficient and predictable traffic patterns, roadways could be narrowed and traffic signals could even become obsolete. “There’s an opportunity to create a more beautiful, walkable environment,” says Finn. “Cities, in particular, have the potential to become much more vibrant spaces.”

Despite these benefits, some may remain skeptical of letting a computer drive them around. Adrianna Boursalian, research coordinator for Transwestern, says that, though younger generations might be quicker to adopt the technology, the enormous convenience of giving up control is likely to sway most of the population—particularly once it’s widely proven to be safe. “It’s not just young professionals who will find this technology appealing,” she says. “This is going to be life-changing for older populations and people with disabilities who have limited mobility—or anyone who doesn’t want to worry about getting behind the wheel.”

Mobile offices driving themselves through cities may seem like a far-flung future, but building owners and managers need to start preparing now for the potential changes to our roadways—and beyond. “The biggest impact across all asset types will be parking,” says Boursalian. “Building owners should start planning for that shift now.”

In fact, some areas already are seeing declining parking revenue, likely due to the rise in ride-sharing services, says Gensler’s Finn. Many developers are building parking garages such that they can be converted to additional office or retail space in a few years, moving ramps to the exterior and pouring flat interior surfaces. Some garages will simply be redesigned. “Parking probably won’t go away completely, but it will be much more selective and efficient,” says Finn. There are already cars on the road today that have some kind of parking-assist technology; eventually, cars will be able to park themselves, assisted by robotic lifts, opening the door to redesigning parking garages to hold far more cars stacked vertically.

The good news is that space currently devoted to parking can be developed into something much more lucrative. “A four-story office, retail or residential space is going to deliver far more value than a parking garage,” says Finn. “This change will bring many opportunities for revenue growth.” Building owners could either create new tenant spaces or use, for example, an underground parking garage to greatly expand their available amenities—a larger gym or retail space, such as a café or even a childcare center.

But, for this transition to go smoothly, planning needs to begin now. “Building owners and managers who are planning a major retrofit need to be thinking about the implications of this technology,” says Transwestern’s Mahoney. “The decisions property owners are making now will affect revenue potential in the future.”

For example, as parking garages are being retrofitted to become more energy efficient, some critical electrical infrastructures are being removed that may be needed if that space is developed for a different use. Likewise, many existing parking garages are simply unfit to be converted into other types of buildings and will need to be demolished. “Most parking garages simply can’t carry the loads required for a typical office space,” says Mahoney.

The other changes brought about by autonomous cars may influence what space currently devoted to garages and parking lots will become. As e-commerce grows and delivery times become more and more competitive, new distribution centers are likely to spring up within urban centers. Some parking garages may be sold to companies looking for warehouse space. At the same time, consumers can expect much faster deliveries, as trucking and distribution companies switch to driverless vehicles for shipments.

Building owners and managers also should think critically about the “front door experience.” If every occupant enters through the main lobby rather than the parking garage, more time and thought can be invested into giving a truly great first impression. Commuters will likely have already begun their work day in their vehicle, but a welcoming lobby experience can make them happy to have arrived at the office.

Everyone coming through the front door also can pose challenges; property professionals can look to the congestion around airports as people wait for cabs or a ride-sharing service as a cautionary tale. Buildings may need more than one designated drop-off place for autonomous vehicles. As the technology becomes more widespread, cities may create “hubs” for autonomous cars. Commuters may walk the last section of their commute or switch to multi-passenger vehicles headed directly to their destination.

“A lot of this depends on public policy: Will there be a practical framework for driverless vehicles or will the transition be messy and chaotic?” reiterates Gensler’s Finn. “Cities that want to remain attractive to development and big companies will want to help facilitate this process.” In fact, property professionals should be closely monitoring local legislation around ride-sharing services and, eventually, autonomous vehicles. As usual, having a voice in the process will help ensure the best possible outcome.

Finn emphasizes that the industry should be excited about forthcoming changes. “There are many unanswered questions and potential challenges, but the future is full of possibility,” he says. “It’s an exciting time in commercial real estate.”

Photo: Courtesy of Gensler – Gensler designed a fictional LA cultural center (The MOD) which illustrates how a parking garage can transform into a variety of public and cultural uses over time